One of my favorites ‘Will’ was married to my 1st cousin twice removed Nina Bell Tallman.

A Composer, Songwriter and Publisher of popular and semi-classical music. At 25 “Will” was a staff member of the Grinnell Bros., at 1515 Woodward Ave., Detroit ca. 1908. Possibly starting as a “song plugger” playing sheet music at the request of customers; by the 1920’s he was Manager (1) of their Band and Orchestral department. He remained with Grinnell for 22 (2) years before joining the Wurlitzer Company at 1509 Broadway Ave. He was hired as the executive, heading their sheet music department, his wife Nina worked in accounting for the company. Will remained at Wurlitzer for 12 years. In his early years he was also a member of Geo. & Wm. Finzel’s Band and Orchestra. He composed or collaborated on dozens (3) of songs; in 1927 he both wrote and composed “Dreaming the Hours Away” still played today and can be heard and seen on “YouTube.com”. In 1934 he composed “Tigers on Parade” dedicated to Mickey Cochrane and the Detroit Tigers; Cochrane was player manager from 1934 to 1938.  In 1993 Tigers long time ‘play-by-play’ announcer Ernie Harwell narrated a cassette of “Old Time Baseball Songs” included on it was “Tigers on Parade” published by the Dodworth Saxhorn Band of Ann Arbor.  “Composers Fred Lawton and Will Dulmage are dusting off a ditty they composed in 1934. Introduced by Harry McDonald, it’s called “Tigers on Parade.” The tune was composed AFTER the Tigers won the pennant that year. Now, of course, there are still a few games to be played before the pennant is in the satchel. For the words “Mickey’s aces have sure gone places” the authors substitute in the current version “Red Rolfe’s aces are going places” (6).”  It remained a popular baseball tune for a number of years, a copy of the sheet music can be found in the Baseball Hall of Fame in Cooperstown, NY.

Will appears to have worked predominately with lyrist Richard W. Pascoe who wrote the words on many of those songs. Two of his most well-known were “When It’s Night Time in Nevada” with Hugh O’Reilly Clint and Pascoe. The other “Tenderly Think of Me” with Richard A. Whiting and lyrist Pascoe. Whiting had also worked at a publishing company in Detroit before moving to Hollywood in 1929. There he composed two well-known hits “Hooray for Hollywood” and “On the Good Ship Lollipop”. Will was admitted to ASCAP (American Society of Composers, Authors & Publishers) in January 1947 (4). It appears that in the 1940’s Will was proprietor of a music store, Nina the treasurer and their son William the salesman. Seen in an ad in Presto-Times and another for Kimball Piano’s it may be assumed it was a partnership with Stanton Ferguson. The two had 14 and 20 years’ experience in the sheet music business on Woodward Avenue.

(5) Photo’s are taken from 2 different undated photographs of the Finzel’s Band and Orchestra Detroit. 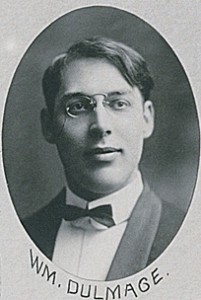 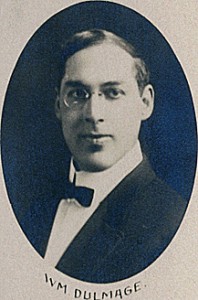