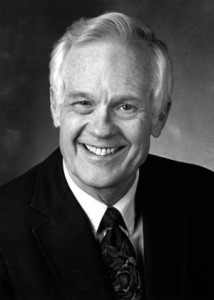 He was a grandson of Eva F. Tallman, Dr. Ward E. Bullock, Jr. emeritus professor of medicine at the University of Cincinnati College of Medicine passed away on April 17, 2007 at the age of 75.

He first came to prominence in the 1960s for his studies of leprosy performed at the U.S. Naval Medical Research Unit in Taiwan. He published several seminal articles on the host response to leprosy. A groundbreaking article in the New England Journal of Medicine revealed the impairments of cellular immunity associated with leprosy. This paper and others reawakened international interest in leprosy research. His steady output of insightful publications on the immunopathogenesis of histoplasmosis had a major national impact on stimulating interest in medical mycology. Ward became one of a handful of clinicians in the United States who appreciated the complexities of this disease and who could care for infected individuals.

During his 45-year career, he has worked in nearly every academic capacity, including serving on the faculties at UC; the universities of Rochester and Kentucky, and as dean of the University of Connecticut School of Medicine. At UC, Bullock has served as director of the infectious diseases division and Arthur Russell Morgan Professor of Medicine (1980–94); associate chair for research (1988–89, 1993–94); senior associate dean of the College of Medicine (1989–91) and adjunct professor of molecular genetics, biochemistry and microbiology (1980–94). He was director of one of two national centers of excellence in the study of fungal diseases and was the first to bring fluorescence-activated cell-sorting technology to the UC College of Medicine.

Ward returned to UC in 2001 after spending seven years at the University of Connecticut School of Medicine. “I have a deep love for UC that dates back to when my father was a professor of mechanical engineering here,” Bullock said in the release. “I’ve had many opportunities in my professional career, but feel I owe UC a great deal for providing me with stimulus and inspiration for the work I was able to accomplish.”

In early 2007, Dr. Bullock gave the university a $1 million endowment to develop an endowed chair in the division. Being passionate about improving scholarship’s in his field The Ward E. Bullock Endowed Chair in Infectious Diseases was created.

Ward Bullock touched the lives of many people, he will be sorely missed.